How do you become a Deputy?

Deputies are elected every four years, unless a by-election is needed. This is when only one new Deputy needs to be found to fill a seat, for example if a member of the States resigns. 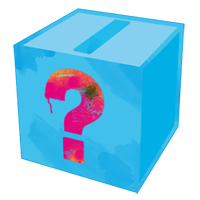 If you want to be a Deputy, you must:

Next, you must find two people on the Electoral Roll you want to stand in to nominate you. These are people who think you would make a good Deputy.

A nomination form should be completed and sent to the Bailiff. You will now be a candidate, hoping to be elected.

Now, the election campaign can begin. This is when you try to convince the people of the Bailiwick that you would be a good Deputy and that you would represent them fairly in the States.

To do this, you might try some of these:

Each candidate can apply for a grant of up to £500 towards campaign materials and have a spending limit of £6,000. Each candidate will also get space on the States website and be given two pages for their manifesto in the candidate manifesto booklet which gets delivered to every home on the Electoral Roll.

At the end of the election campaign, the electors vote for the candidates they would like to be their Deputies. 38 Deputies will be selected and will hold their position for four years.