How are Guernsey laws made?

In Guernsey there are two kinds of laws:

The steps for making a new law are:

Once approved by the Committee, the policy letter is published, circulated to all States’ members and included in a Billet d’État – the agenda – for a future States’ meeting.

At this meeting, the President of the Committee, which is proposing the new or amended law, will explain why to the other States’ members. 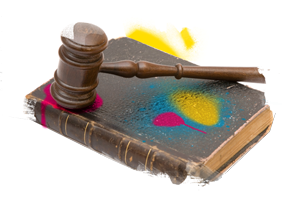 The States Members will all have a chance to comment on and debate the new law.

States Members vote verbally at the States meeting in the Royal Court. They can vote ‘pour’ (for) or ‘contre’ (against) introducing the new law, or they can say ‘Je ne vote pas’ (I am not voting).

If most of the States Members want the new law, then the Law Officers get to work on writing it. There are two different ways they can do this:

The new law is now ready to be used

Check out our video below...
Read more ››

In Guernsey, there are two kinds of laws.
Read more ››

Until 800 years ago Guernsey was part of France.
Read more ››

Who can vote in Guernsey

Voters must be aged 16 years or over on election day.
Read more ››

The States of Guernsey