Where did your government come from?

Until 800 years ago Guernsey was considered part of Normandy.

It is a dependency of the English Crown, owing allegiance to the Monarch in her capacity as successor to the Dukes of Normandy.

In 1066 William the Conqueror added the Crown of England to his existing role as Duke of Normandy; in 1204 King John lost continental Normandy but retained the Channel Islands. They are not part of the United Kingdom but are part of the British Islands.

The development of the States

The first record of a “States-like” meeting dates back to 1429.

Guernsey’s first nine Deputies were elected in 1900, their number increasing to 18 in 1928 and 33 in 1948. These days, the States of Guernsey is made up of 38 Deputies as well as two elected representatives from Alderney.

On 1 May 2016, following a change to the structure of Guernsey’s political system, the number of Deputies was reduced from 45 to 38 and the number of States’ committees was also reduced. The senior committee is now the Policy & Resources Committee.

This change was as a result of the work of the States Review Committee and the subsequent decisions made by the States of Deliberation in 2015.

In the 2018 referendum those on the Electoral Roll were asked to vote on how electing Deputies should work. Voters chose island-wide voting – which means that rather than voting in districts for a limited number of candidates, the 38 Deputies will be elected by everyone on the Electoral Roll in Guernsey. This provides a greater choice of candidates and there will also be more choice about how to vote and where to vote.

Relationship with the Crown and United Kingdom

Guernsey is a Crown Dependency. Guernsey’s primary legislation requires Royal Assent. The British Government also has some responsibility for Guernsey, for example in defence and international relations. However, in practical terms, Guernsey has a considerable degree of autonomy and is largely self-governing. 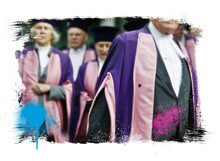 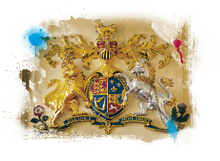 Check out our video below...
Read more ››

In Guernsey, there are two kinds of laws.
Read more ››

Until 800 years ago Guernsey was part of France.
Read more ››

Who can vote in Guernsey

Voters must be aged 16 years or over on election day.
Read more ››

The States of Guernsey