and find out about Guernsey’s government and island-wide voting by quizzing a Deputy.

In the 2018 referendum those on the Electoral Roll were asked to vote on how electing Deputies should work. The options were:

Voters chose ‘Option A’, so now 38 Deputies will be elected by anyone on the Electoral Roll in Guernsey every four years. This means there will be a greater choice of candidates. There will also be more choice about how to vote and where to vote.

What is different to the old system?

Now Guernsey is one district instead of being divided up into seven and voters vote on an island-wide basis. If you are on the Electoral Roll you can vote for up to 38 people standing in the election. This means there will be a greater choice of candidates. There will also be more choice about how to vote and where to vote.

How does island-wide voting work?

To vote you must have registered to be on the Electoral Roll. This is a brand-new roll which opened in December 2019, so even if you have been registered before that date (for example for a previous election) you must re-register to vote. You can register online or by using the household registration form which gets sent to every home in Guernsey. You will be given one ballot paper and you can vote for up to 38 candidates out of about 100. The ballot paper will be much larger than in previous elections. You will have to fill in a small oval shape to indicate who you want to vote for rather than a traditional ‘X,’ as the ballot papers will be read by electronic counting machines. If you request a postal vote you can fill out the ballot paper at home and post it back or you can hand it in at a polling station.

Due to the complexities of casting 38 votes, the election will take place over the course of four days rather than one.

The next election will take place in June 2025.

A political party is an organised group of people with the same ideas or who have the same political positions. They work together to get elected so that their party’s plans are more likely to be implemented.

Any political party which wishes to support or endorse a candidate in the Guernsey General Election must be registered at the Greffe first.

There is an admission fee for making an application.

Every party must have a leader, a treasurer and a secretary, although a member may hold more than one of these posts at a time. Applications to the Greffe must be signed by two members of the party who are on the Electoral Roll.

Candidates will be set a spending limit of £6,000 during 1 September to 7 October.  Half of this amount can be given to a party which the candidate belongs to. However, a political party cannot spend more than £9,000.

For more information go to: gov.gg/politicalparties. 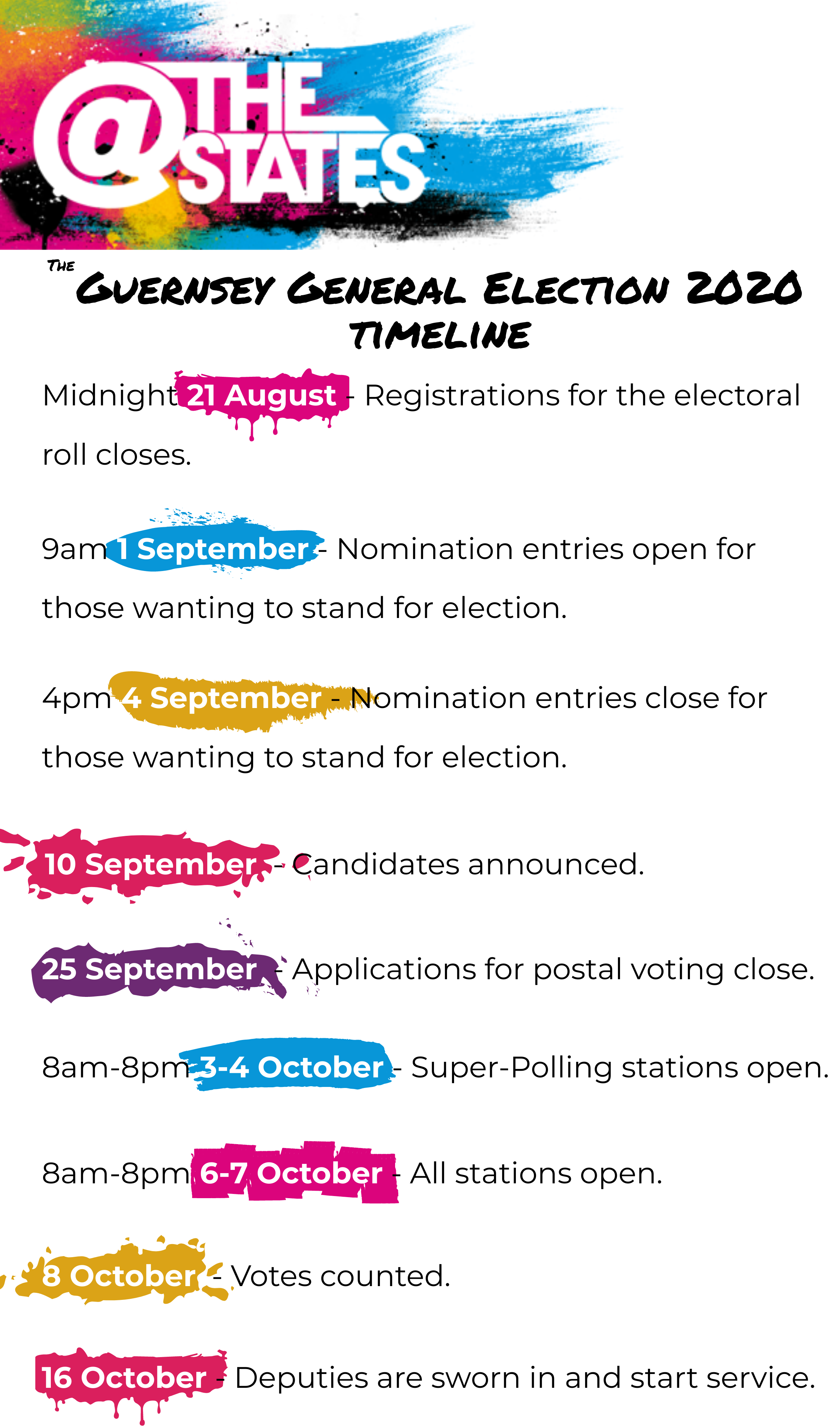